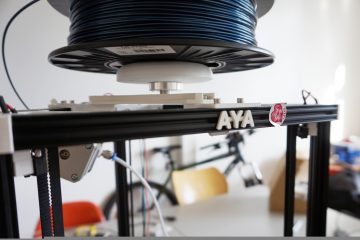 Aya – that’s a 3D printer that students of the Human-Computer Interaction master’s program produced in the winter semester 2015/2016 as part of the “3D Printing” seminar.

At the beginning of the seminar, the students were first familiarized with the basics of digital fabrication: What manufacturing processes are there, what materials can be used for printing, what are the possible application potentials? They also learned more about the individual steps of 3D printing: from modeling, to slicing (the “translation” of a 3D model into instructions for the printer), to the printing itself. For the subsequent project work, four students decided to devote themselves to building their own 3D printer. 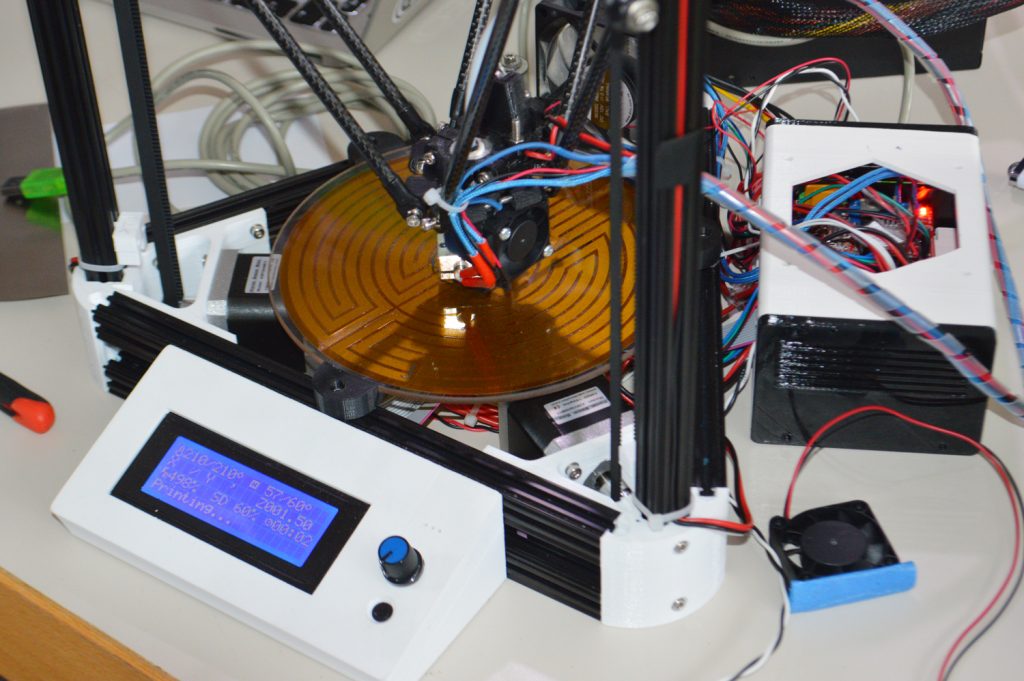 The project participants used a kit as a basis, which already contained most of the parts needed for construction. All blueprints as well as the control software are available open source and so the students first built the printer according to the distributor’s template. However, they quickly discovered that not everything was working properly. So they decided to print some housing parts themselves using a different 3D printer in the Fab Lab and made other changes to improve print quality, such as adjusting the holder for the consumable. This was followed by a longer calibration phase, because the automatic support systems, which the printer actually has for this, unfortunately didn’t work quite as well as expected.

The students spent an entire semester working on the printer, which they named Aya (after a Japanese movie character). Aya is a Delta Robot 3D printer whose distinctive feature is its design: The three-axis system, which differs from conventional printers with linear axis systems, enables fast, precise printing. In addition to smaller test prints, the first larger prints such as an owl or a vase have already been made. Initial test runs indicate that Aya can print at a fabulous speed of up to 300-350 mm/second.

Even though the study project has now been completed, the students want to continue working on optimizing the 3D printer. For example, the installation of the control electronics or the stabilization of the base frame is being considered here to make Aya more transportable. There are also plans to test Aya with other materials such as ABS – the plastic used to make Lego bricks, for example – because so far only PLA, an environmentally friendly plastic based on (corn) starch, has been used as a material.

The students themselves learned a lot about 3D printing during the seminar and by building Aya. On Technology Day, the printer was presented and used for the first time in front of a broad public. 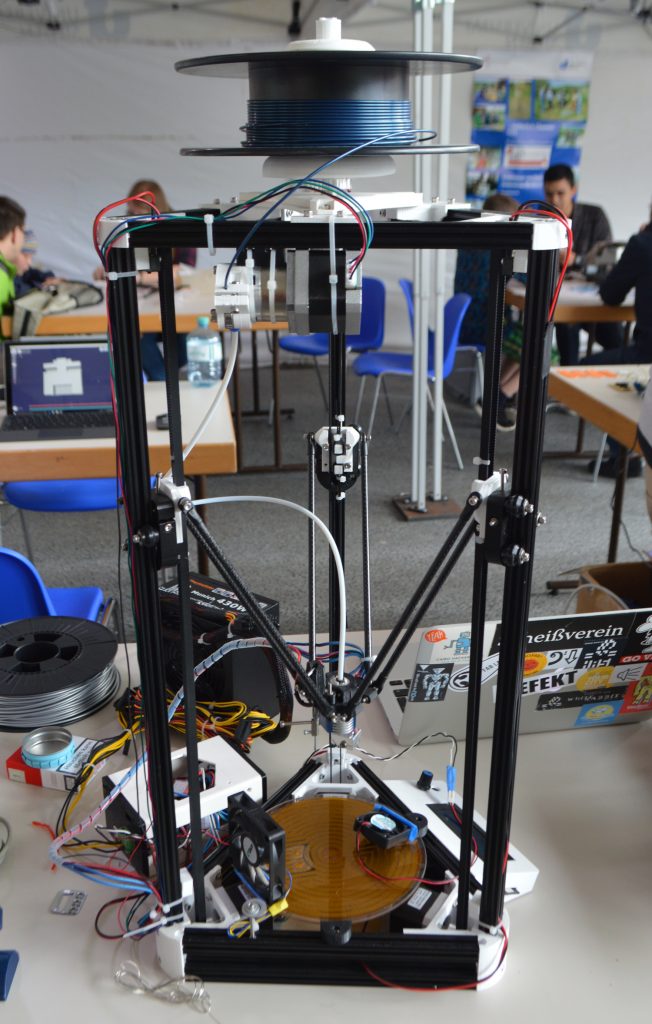 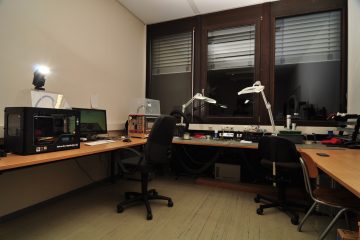 The origin of Fab Lab Siegen

Efforts to establish a Fab Lab at the University of Siegen are not entirely new. On a smaller scale, similar activities have already been carried out at Faculty III:

The HCI lab there also provides infrastructure (e.g. 3d printers) to some extent. Even though the HCI Lab is also quite open in principle, there are no Open Lab Days here, the equipment is not extensive, the area is very small and, in addition, the room is often needed for chair activities and can then of course not be used by everyone. However, we explicitly mention the HCI-Lab here, as its operation has already created quite a bit of expertise, especially in areas such as 3d printing or also Arduino. The Fab Lab Siegen and the HCI-Lab will therefore collaborate closely (e.g. for courses and workshops) and possibly consolidate hardware and equipment in some cases.