“If you know plastic, take steel!”

A well-known saying in our steel-dominated region. But how much steel does a production tool really need? This is the question we at the Chair of Forming Technology (UTS) asked ourselves in the DFG project “Extension of Rotat ion Tension Bending to a Partially Kinematic Process with Reduced Tool Surfaces“.

The task in the DFG project was to geometrically resolve and simplify the existing shape-bound tool elements of rotary draw bending.

An area reduction method was used to derive angled contact surfaces instead of the previous fully enclosing tools.

Compared to conventional tools, the deformation of the tubes is more pronounced and increases with decreasing wall thickness.

All specimens have a crease on the inner curve in front of the jaw. This can be attributed to the lack of support in the bending mold base, which was also shown in the simulations in a weakened form and represents an acceptable extent of the tolerance feature for the quality.

Can it be one layer more?

Following the positive project results with the reduced tooling, we thought, “If you know plastic, you’ll use plastic!”

So all tool parts were also additively manufactured from polylactide (PLA) at Fab Lab Siegen on 3D printers. The project’s flexibility to bend with reduced tooling surfaces is further enhanced by the additive tooling approach, which allows simplified tooling inserts to be printed on-demand from lower-cost plastic.

From the point of view of the profile, a better / smoother surface is achieved. The wrinkle expression is also in the same order of magnitude. But who wants to have wrinkles? A look at the trowel lying in the inner arch showed that it could not withstand the high load.

In an adaptation of the tool concept, it was finally possible to bend a tube of comparable quality to that produced with the conventional tools.

The question remains how much profile can be bent with a PLA tool. If you want to answer this, come to us.

Here again a big thank you to the team of Fab Lab Siegen for the support. 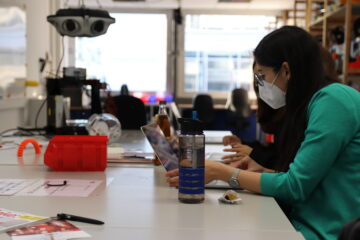 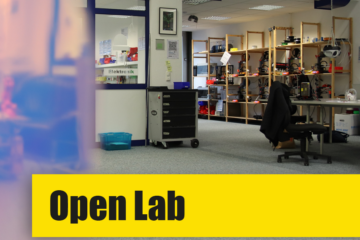 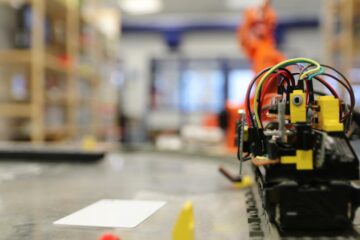