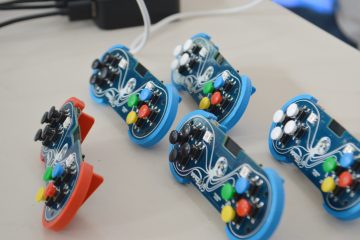 Cytrill – Game Controller Made in Siegen

Hackspace Siegen has developed a single-board computer for gaming, education, and experimentation that allows over 32 people to play together on one screen at the same time – a collaborative project for which our Fab Lab, among others, was used. From hardware to games, everything at Cytrill is open source.

It took about a whole year until the members of HaSi could hold the first finished controller in their hands. The idea was there, but a lot of thought went into the implementation: what should the game controller look like in the end? Which design is best for the use? In the end, a small, colorful single-board computer was created, which is similar in appearance to well-known controllers. Apart from the many buttons, the minimalistic, differently colored grips, which are plugged into the sides of the board, are striking. These grips were printed from PLA with the Luzlbot in our Fab Lab.

In the future, however, a second variant will also be created, in which two transparent Plexiglas plates are used instead of the grip panels, so that the complete circuit board remains visible. This variant is to be produced as a prototype in our lab using laser cutting.

Meanwhile, there are already several games for the controller: “Wallhack” (similar to Achtung the Curve), “RaceCtrl” (a car race), “Crystal Mett” (a game in which you have to collect crystal pigs in teams) and “SpaceCtrl” (a spaceship game). All games were created in the open source game engine Godot and so there is a GD script that controls the LEDs on the controllers that show the status or the current game color. The board itself is based on an ESP8266 radio module and has four small joysticks on each side. The controllers have a USB interface, but this is only used for loading and programming. Wifi is used to connect to games and applications, and power is supplied via a battery. The plates are decorated with an octopus and gold details. 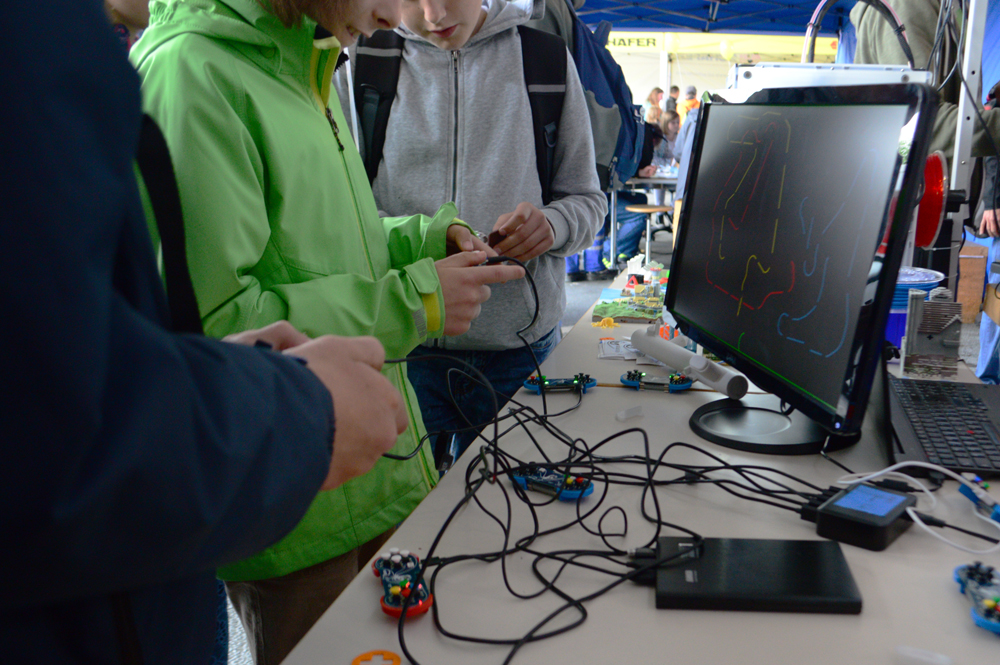 Cytrill and individual games could already be tested in public, for example (as seen above) on the Day of Technology or the Siegen Art and Culture Week Art!Si, and gave pleasure to both young and old. The small colorful controllers attracted attention and as soon as they were tried out, some could hardly detach themselves from them. People who didn’t know each other before played against and with each other with visibly a lot of fun, much to the delight of the developers.

In the future, Cytrill will be used in workshops at our Fab Lab, but also for university teaching. The invention shows that the hacker and maker culture has already arrived in Siegerland and that it enables jointly developed, innovative projects. 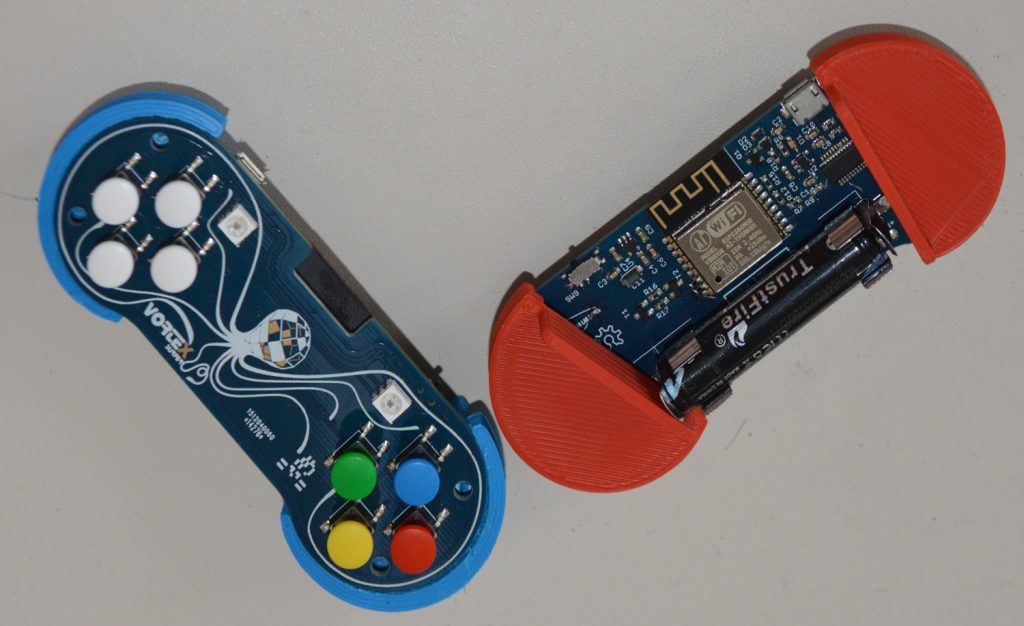 By Oliver Stickel, 5 years4 months ago